The Cichlids species comprises more than 1,300 different fish that populate lakes in tropical America and mainland Africa. These deep-bodied fish have two nostrils (most fish have four) and a rounded tail. For aquarium fish, Cichlids are on the larger size, with some species growing up to 12 inches in length.

They come in many popular varieties for aquarium use, including the Firemouth, recognizable by the streak of red that trails from its lips and down over its throat and chest. Another attractive option is the Oscar, noted by its orange-ringed tail spot.

The colorful varieties and complex behavior of the Cichlids species have made them a freshwater aquarium fish of choice for a long time. 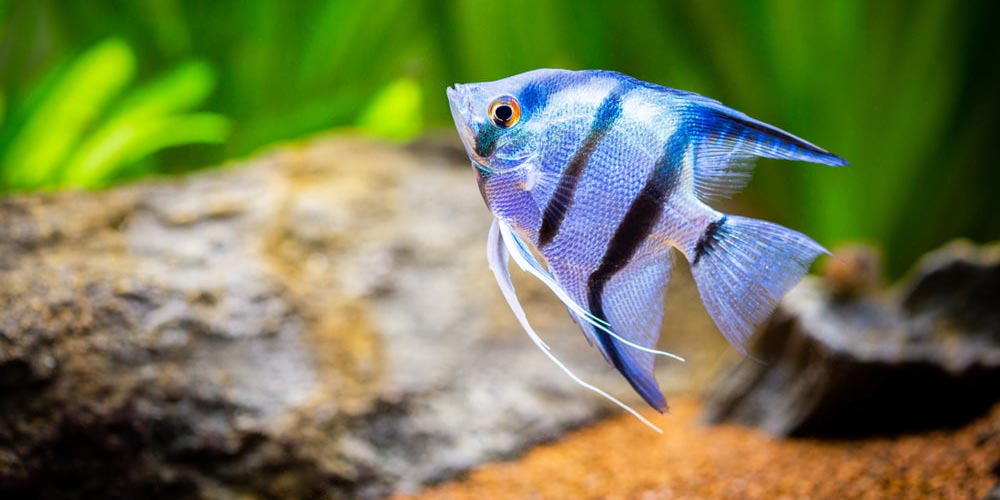