A stressed pet may cause even more stress to its owner.

After all, your pets cannot express how they are feeling and what is bothering them. However, many pet owners, including fish keepers, develop strong bonds with their precious companions and can often tell if they are under stress.

At the same time, there are a few sure signs that indicate your betta fish needs extra care and attention — and clamped fins are one of them. So, if your betta has clamped fins in your aquarium, it is perhaps time to read this guide and find out what is bothering them.

What Do Clamped Fins on a Betta look like?

Strictly speaking, clamped fins on a betta are a symptom of underlying diseases or poor tank conditions. When this happens, the mesmerizing, fluttering fins that make a betta fish so attractive clamp up and may curl towards its body without fanning them out.

One aquarist puts it interestingly, pointing out how clamped fins may look like they have been dipped in oil and made to stick together.

Depending on the specific cause of clamped fins on a betta fish, you may also see a variety of other physical signs of illness.

Clamped fins on betta fish may be caused by one or more of the following:

Ammonia (NH3) is a highly toxic nitrogenous waste in a betta fish tank, which commonly occurs in a newly set up aquarium that doesn’t have enough beneficial bacteria to remove the ammonia immediately.

In a “mature” aquarium, the ammonia level should always be at 0 ppm. When ammonia levels rise, ammonia burn can appear, which causes damage to the nervous system and the organs of a betta fish and will eventually kill your fish if left untreated.

There are many factors that can result in elevated ammonia in an aquarium, including:

High ammonia levels (> 1 ppm) with a high pH (> 7) are no joke; you must act immediately to save your betta fish’s life!

The first step is to perform a large water change of about 50%. Make sure the new water has the same temperature as the aquarium. In some cases, you may need Ammonia Detoxifier to neutralize the ammonia.

Although not technically a disease, popeye disease (scientific name: exophthalmia) is a condition where the betta’s eye(s) swells up or protrudes from the socket. The fish’s eyes may also appear cloudy in some cases.

Be aware that some varieties naturally have bulging eyes; Make sure to research the kind of betta you have to make a correct diagnosis.

This disease is easy to prevent but difficult to treat. It is commonly caused by a bacterial infection behind the eye; other issues like poor water quality or injury can be the root cause as well.

Determining the underlying cause is the most important step for treatment to be successful.

Unilateral popeye that is caused by injury will go away as it heals. But you must keep a close watch on your fish during this time, as secondary infection can occur and lead to blindness in the affected eye.

If the cause is an infection, broad-spectrum antibiotics can help treat the condition. Moving the affected fish to a separate quarantine tank with a higher water temperature is also recommended.

Ich, also known as white spot disease, is one of the most common aquarium parasites. The nasty Ichthyopthirius multifiliis appears as small white capsules on the body, fins, and gills of the betta, and it can become fatal if left untreated.

Once a correct diagnosis is made, you can start the treatment. Many medications are available for treating Ich, but based on my experience, the safest and most effective medication is Hikari Ich-X. I never had problems using it with catfish (even scaleless ones), shrimp, snails, and live plants. Additionally, using an airstone can also help speed up the recovery.

Velvet disease (Piscinoodinium pillulare) is another parasite infection that betta fish are prone to, which appears as golden or yellowish-brown dust on the body and fins of the fish. This dinoflagellate parasite can kill your fish very quickly when left untreated.

Similarly, failure to quarantine new fish and using infected aquarium equipment and decor are the most common causes of velvet disease.

Salt baths and copper sulfate (CuSO4) are the most effective velvet treatments but must be taken with extreme caution. Increasing the water temperature can shorten the parasite’s life cycle and helps cure the fish faster. Additionally, lowering the lights will help reduce the growth of Piscinoodinium as it can photosynthesize, like plankton.

Generally, when betta fish get older, their appearance deteriorates as they lose their sheen and their fins curl up. Considering how betta fish have a life expectancy of about two to four years, it is normal for their fins to twist or fray around the ends as they approach this age.

Curled fins may also be a result of a genetic anomaly. And just as you cannot undo the wear of old age, betta fish that are genetically predisposed to curled fins cannot be cured, nor can you reverse these genetic conditions.

How to Prevent Clamped Fins on Betta？

As with most better fish diseases, the best method of treating clamped fins is to keep any injuries or infections out of your aquarium in the first place.

Any aquarist knows that stress cuts short the lifespan of a fish. And although Betta fish are generally considered low-maintenance, they may get stressed out for a host of reasons, not limited to small tanks and incompatible tank mates.

Pristine waters and proper tank parameters are essential to ensure that your betta fish lives a long and healthy life. Apart from a broken filtration system and inappropriate water temperatures, irregular water changes may result in poor water quality, which may leave the fish stressed.

Maintaining suitable tank conditions and frequently testing the water may help avoid any instances of clamped or curled fins.

The best way to keep your Betta fish safe from these toxic compounds is by changing the water regularly and avoiding overfeeding. Additionally, you should introduce a biofilter to the tank and test the water weekly to ensure that these water parameters are at optimal levels. 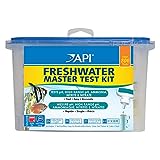 Calm Down a Stressed Betta Fish

Betta fish are an aggressive species that will readily attack one of their own if kept in the same tank. At the same time, they are bad swimmers that cannot outrun their bullies. As a result, you may want to research extensively before introducing a new tankmate.

Anyhow, Betta fish are unlikely to get lonely and may live by themselves — provided that they have enough space to swim around and explore. That said, you should ideally put a single fish in a 15-gallon tank with plenty of room to swim and accessories to hide behind.

As they say, “prevention is better than cure,” — and this definitely holds water for a fish like a betta that is prone to curled fins when put under stressful situations.

In fact, many beginner fish owners have the misconception that betta fish can live happily in small tanks. And so, they force the fish to live in closed, ammonia-filled dirty surroundings — which can stress out anyone, not just your fish.

That said, clamped fins are not a problem by themselves. On the flipside, they may be a sign of an underlying problem that you have to find out with a little bit of empathy and a lot of research!