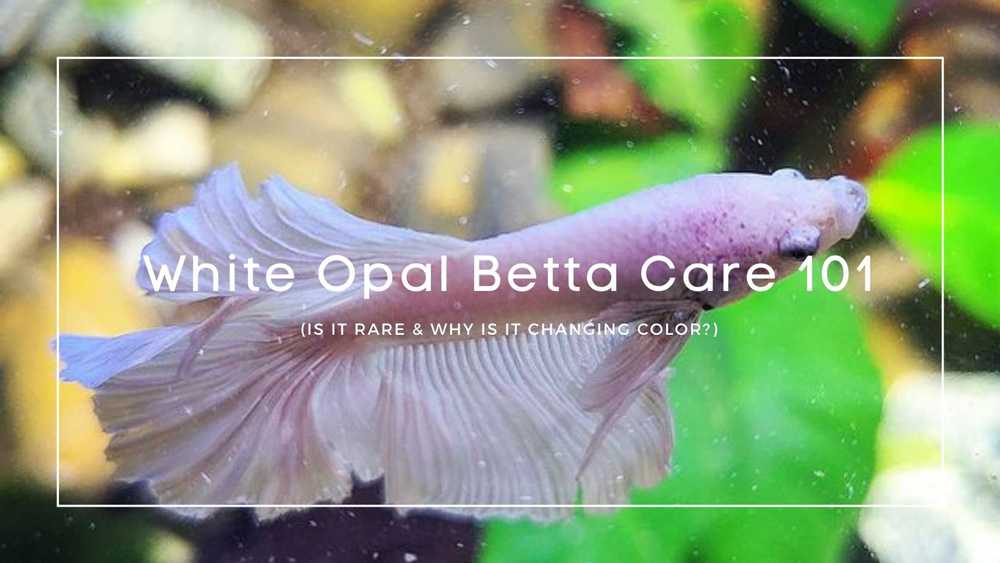 White and glistening like the pearls of the sea — it’s a wonder that White Opal Betta are often overlooked when compared to their colorful counterparts.

Though the White Opal Betta don’t have jewel-bright color, it’s still one of lucky-to-obtain color variations among hobbyists and retailers.

So, read on to learn more.

What Is A White Opal Betta?

Often considered a beginner fish, Betta fish are easy to care for and exceptionally interesting to watch. Even more so, if you are lucky enough to get your hands on a White Opal Betta with the marble gene, which allows them to take on different colors.

Betta fish, as a species, come in a wide range of colors, including turquoise, yellow, red, black, pastel— some may even be multicolored.

And as the name suggests, the White Opal Betta can be identified by its striking white body and mesmerizing flowing fins. Sometimes, you will find that they have a pinkish body because the fish’s flesh is visible through its scales, giving it a pinkish tone.

Compared to some other breeds, such as the spotfin Betta, Betta livida, or Albino betta, the White Opal Bettas are not so rare. However, among Betta fish breeds, White Opals are perhaps lesser-known. That said, interested buyers may still obtain them from plenty of local breeders and most online dealers.

There may be instances where a pet owner brings home a strikingly white Betta fish, only to discover it slowly turning into a blue-black hue.

Although some prefer the fish to retain its original look, don’t be too surprised if the presence of the marble gene triggers color changes in your White Opal Betta fish.

In fact, lots of pale or white bettas you find in the LFS or petco may even show its true colors upon maturity literally due to a marble gene. However, it is worth noting that healthy and colorful Betta does not turn white unless some underlying issues lurk below the surface.

If you are looking for a pure white Betta fish, look no further than Platinum Bettas. A real Platinum Betta fish has an exterior of luxurious shiny metallic-white that never fades with age.

Why Is My White Opal Betta Turning Black, Red, Or Pink?

As mentioned earlier, a change in a White Opal Betta’s color is not always a bad sign. Sometimes, the healthy environment and water quality of its new home causes color changes in a fish that was previously subjugated to less-than-favorable conditions at a pet shop.

That said, colorful Betta fish kept in tiny ammonia-filled cups for extended periods may feel stressed, inhibiting its true colors. As long as the red or pink hue it develops is uniform across its entire body, there is probably nothing to worry about.

And of course, White Opal Betta fish and White Dumbo Bettas with the marble gene may metamorphose over a year or so. Don’t be surprised if they switch from pink to red or blue to blue-black with the tide of time — in fact, they may continue to change colors for far longer.

At the same time, colorful Betta fish may lose their color due to various factors — most of which spell bad news. Although an aging Betta is highly likely to fade as it nears its 5-year life expectancy mark, aquarium conditions, illness, and injuries are, unfortunately, common reasons for color changes.

That said, make sure you feed the fish an enriching meat-heavy omnivorous diet, change the tank water often, and monitor the filter settings regularly to keep stress at bay.

Bettas are native to parts of Asia that enjoy a tropical climate most of the year. That said, place your White Opal Betta in a tank with a warm temperature that hovers between 77 and 81 degrees Fahrenheit. What’s more, this unique fish is known to be a lousy swimmer that thrives in slow-moving waters in the wild, so make sure that the tank filter is not too strong.

As a rule of thumb, a 5-gallon tank is enough to house one Betta fish. Although small and graceful, Betta fish are also known as the Siamese Fighting Fish due to their territorial nature. That said, they don’t get along with other fish of the same species.

White Opal Bettas are omnivorous and require a protein-heavy diet of brine shrimp, bloodworms, frozen and live fish food, and so on. You may supplement these with pellets that have been formulated for Betta fish. However, ensure that you don’t overfeed the fish by only sprinkling as much as it can eat within three to five minutes.

Despite their innocent demeanor, White Opal Bettas are territorial and don’t do well in pairs — regardless of whether you place two males or a male with a female in the same tank. They do well on their own and can be perfectly happy with just one bowl or tank in which they live.

Now that you are ready to take care of a White Opal Betta, it’s time to bring one home. Although all Bettas come with unique personalities, naming them always makes things slightly more interesting.

That said, you can always choose to name your fish after its white sheen. Snowball, Mayonnaise, Diamond, Dove, Ghost, Moonshine, Sugar, Swan, and Vanilla are some catchy name ideas for these white fish.

However, you don’t need to pay tribute to its color and can even go in an opposite direction — perhaps, by naming it Raven or Panther!

Red, white, black, and, of course, a shimmering white — there is a Betta fish to suit every pet owner’s taste in color. Nevertheless, the essential facts to remember are your fish’s specific needs and requirements that help retain its appearance.

However, the color of a Betta fish does not only serve an aesthetic purpose. In fact, it may also reveal the fish’s feelings. That said, a color change may be a sign of growth and maturity.

Or perhaps, it indicates the fish’s relieved state of mind on moving to an enriching environment after being caged in a confined space in the corner of a pet store.

Similarly, a golden hue, white spots, or deteriorating color in a colored Betta fish may be symptoms of illness. So, don’t forget to keep a close watch on the changing colors of your White Opal Betta — whether you are simply admiring it or looking for signs of trouble.

How Long Do Plecos Live? (In Captivity, Pond & Bowl)

Black Diamond Blasting Sand (Is it Safe & Worth the Risk?)

Bettafix Review: Is It Worth the Risk?

Canister Filter Vs. Sump Filtration (Which One is Greater?) 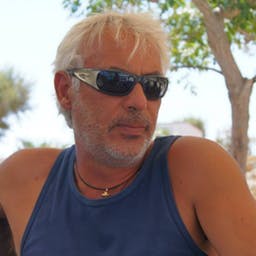