How Long Do Ghost Shrimp Live? (& Increase their Lifespan) 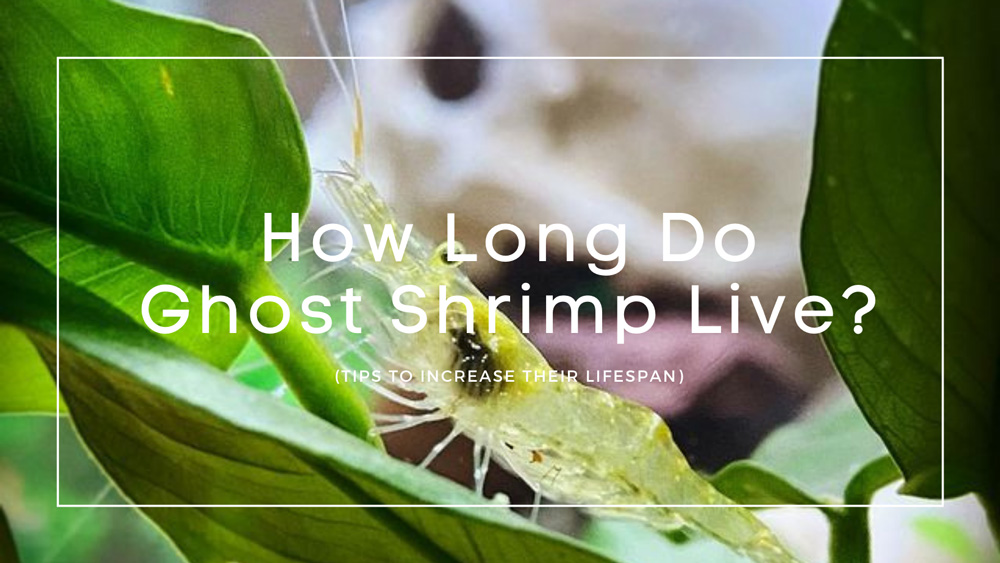 Ghost shrimp, also known as glass shrimp because of their appearance, are freshwater creatures native to the southeastern parts of the US.

These interesting arthropods are low maintenance, easy to breed, and can be bought at a meager price. Consequently, they’d be an ideal addition to your aquarium if you are looking to grow your system.

But sometimes ghosties die way too fast and that’s why we have formulated this guide to help you. We will answer some frequently asked questions, along with the most important one: how long do ghost shrimp live?

Let’s dive right into it!

How Long Do Ghost Shrimp Live In An Aquarium

Ghost shrimp generally don’t live long and have an average lifespan of one year. It also depends on how old they are when you get them from the breeder for your aquarium. If you got them at the adult stage, they’d live for around six months.

Not just ghosties, the majority of shrimps have short lives. However, some species like the Amano shrimp can live from eighteen months to three years, even longer if they are looked after well.

Why Do Ghost Shrimp Die So Fast?

Ghost shrimps aren’t too delicate and adapt fairly well to their surroundings but are comparatively more sensitive than fishes. You must be extremely careful while introducing any changes in the tank because even the slightest alteration can be fatal for them.

A few reasons why ghost shrimp die so fast are:

Heavy metals such as lead and copper are highly toxic, and even a minute amount can be deadly for your shrimps. So, don’t fill the tank with tap water straightaway; most households commonly have copper pipelines, and as a result, the water is bound to contain corroded copper in small quantities.

It would be best to test the water for any toxic metals before pouring it into your tank.

This parameter is often overlooked because most aquarists are fond of keeping lots of aquatic animals in their tank. But you should remember that even if ghost shrimp are tiny, they produce a huge amount of nitrate waste, enough to pollute the whole tank.

That’s why we recommend restricting yourself to two or three shrimp per gallon of water in the tank.

A completely cycled tank has enough microorganisms to convert the ammonia and nitrites excreted by fishes into nitrates. Meaning, if you place your ghost shrimp in a water tank that hasn’t been properly cycled, they will likely die of poisoning.

How To Increase Your Ghost Shrimp Lifespan

Discussing all the above mentioned parameters must have given you a rough idea of what practices should be avoided and what should be adopted for looking after ghost shrimp. Now, let’s take a quick peek at a few important points to increase their lifespan:

It is essential to balance the number of male and female shrimps in the tank. If there is a male majority, they will likely stress out the females because of their mating advances, which can be fatal.

Ghost shrimp are sensitive and small, growing only up to 1.5 inches in size and do not do well in the company of aggressive fish. So, do not keep them with fish like cichlids and gold fishes as they might eat your ghosties. However, friendly species like danios and tetras are good companions for them.

Maintaining suitable water conditions in your aquarium is very important for keeping your ghost shrimps alive. Routinely check your tank and ensure that the temperature lies in the range of sixty-five to seventy-five degrees Fahrenheit.

Along with that, maintain a neutral pH (7.0-8.0), KH, and GH ratio. KH measures carbonate and bicarbonate ions in ppm, while GH tells the amount of calcium and magnesium present in the water.

Can Ghost Shrimp Survive In Saltwater?

The answer is no! Ghost shrimp are freshwater crustaceans and cannot tolerate high salinity. They might stay alive for a little while but will not be able to acclimatize to saltwater for long.

How Long Can Ghost Shrimp Live In A Bag?

You shouldn’t keep your ghost shrimp in a bag as they continuously release waste and make the water toxic. They can survive for up to four days in a bag, but try not to exceed two days at a stretch to be on the safer side. Even if they don’t die, such conditions can stress them out, having long-term effects on their health.

Can Ghost Shrimp Survive Out Of Water?

Ghost shrimp can survive for a few hours outside of water, but it is extremely risky and not advisable unless absolutely necessary. Even if they are outside water, you’ll have to ensure that their gills are wet at all times and have a little access to water.

How Long Can Ghost Shrimp Live Without A Filter?

You can keep ghost shrimp in a filterless system permanently, provided it is well planted and cycled. Just ensure that the tank is not overcrowded and all the marine life can survive without a filter.

We hope that our guide was able to answer all your queries about ghost shrimp and their living conditions.

Ghost shrimp are tiny water animals that are relatively low maintenance. They have a short lifespan ranging from six months to a year and are exclusively freshwater animals that do not do well in brackish or saline conditions.

We’ll sign off with one final tip: clean your tank frequently and do not allow nitrates to build up. This is because ghost shrimp excrete a lot of waste and often die due to ammonia poisoning.