Mystery Snail Poop: Are They Eggs or Just Poop?

It’s no secret that mystery snails are popular among aquarium lovers.

Also called golden Apple or Inca snails, these herbivorous and peace-loving creatures keep the aquarium clean by consuming excess food and algae. Plus, their colored shells add to the aesthetics of the water.

Although most mystery snails are easy to look after, there are certain things to keep in mind while caring for them. And today, we will be discussing how to deal with mystery snail poop.

Do Mystery Snails Poop A Lot?

Yes, mystery snails do poop a lot. In fact, if you have a small aquarium (like a 10-gallon tank) with just a few mystery snails, you may have to clean the water every day to remove the waste matter.

Here, we should also mention that although the amount of the poop may seem less in a larger tank, you should still clean it at regular intervals to keep the water free from harmful contaminants.

Mystery snail poop usually looks like C-shaped strings of pellets or grass seeds, the color of which usually depends on what your little “poop machine” has consumed and its shell color. Since mystery snails feed on green vegetation, you can expect the turd to be green. Likewise, if you have fed it only carrots, the poop will likely turn out to be orange.

However, mystery snails that have dark-colored shells may have black or brown-colored poop.

That being said, the small size of snail poop makes them susceptible to being overlooked during aquarium maintenance, especially if it camouflages with the surroundings. But the good news is that the poop color is at its brightest when it’s fresh before becoming pale as it dries. So, keeping an eye on the aquarium may help you detect the turd before they lose their color.

A lot of snail keepers, especially first-timers, tend to confuse mystery snail eggs with their poop and end up disposing of them. So, let us help you distinguish between them.

Female mystery snails always lay their eggs above the surface of the water, usually near the side of the aquarium.

The eggs are laid in clumps or clutches, which typically look like long finger-shaped cocoons. And depending on its size, each such clump can contain anywhere between 50 and 300 eggs. Long story short, anything floating on the water and sticking to the side of the aquarium is likely to be an egg cluster.

Moreover, they appear perfectly round and have a faint pink or orangish hue. The eggs can float for days or even weeks before hatching and require adequate ventilation and warmth to hatch successfully. That’s why many snail breeders prefer keeping them in the aquarium as is.

What Do I Do if They Are Eggs?

However, others may prefer taking out the eggs 24 to 48 hours after being laid to help them hatch. If you want to do the same, then start by carefully removing the cluster from the side of the aquarium and placing them on a wet paper towel.

Next, transfer them to a dry paper towel and wring out the wet one. After that, fold it and place it in a small or medium-sized Tupperware container and place the dry paper towel with the cluster on top. Wrap the towel around the cluster, close the lid, and poke tiny holes in it.

You can either keep this container in a humid corner where the temperature is similar to your aquarium or keep it in a breeder box and allow it to float in the aquarium. The eggs can take anywhere between 9 days and 4 weeks to hatch.

How To Clean Up Mystery Snail Poop?

If the snail poop is floating near the surface, we’d suggest using a net to siphon off the water. This will ensure that most of the waste is discarded effectively. But since snails tend to poop near the edge of the aquarium, you may try spot-cleaning the area to remove it.

Similarly, if the poop has settled at the bottom, it may be a better idea to use a gravel siphon (which is generally used to clean fish debris) to eliminate any trapped poop. However, we’d say that the best way to clean up snail poop is to spot-clean the required areas, which will prevent poop accumulation.

Why Is Your Mystery Snail’s Poop White?

If the poop of your mystery snail is white, then it’s probably caused by a lack of greens in its diet. Remember that the snail poop color essentially reflects what it has eaten, so less or no green intake can contribute to white poop.

The other reasons include:

Do Mystery Snails Eat Their Own Poop?

Although you might have observed your mystery snail feeding on decaying plants and leftover fish food in the aquarium, rest assured that it won’t eat its own poop or any other fecal matter. After all, mystery snails are known to be very picky about their diets, as they need high amounts of calcium to keep their shell from cracking or breaking.

Since the poop of mystery snails contains ammonia, its accumulation over time may increase the ammonia level in the aquarium unless cleaned.

On that note, we have come to the end of today’s guide.

We hope that our efforts have helped you understand everything about the pooping habits of mystery snails and how to clean the waste. Interestingly, the poop can also indicate what your snail is eating to help check their diet.

But before we wrap up, here’s a quick pro-tip: make sure you’re wearing enough protective gears like gloves and masks before getting down to cleaning all that poop. Although snails mainly feed on natural greens, you most likely wouldn’t want the poop to come in contact with your skin.

Watch this space for more such reads. Till then, goodbye! 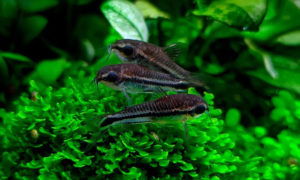 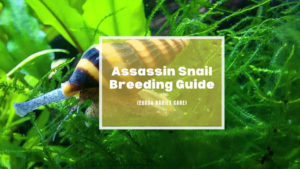