No matter what kind of aquarium keeper you are, tetras are one of our favorite community fish because of their beauty and ease of care.

These peaceful schooling fish come in a variety of different colors, patterns, and sizes. Most tetras have a compact size, but some grow a bit larger than others.

If you’re looking for one school of small tetras that can go well in a nano or medium-sized fish tank, here are our top 10 list of both popular and uncommon fish (sorted by size) that you just have to try.

Let’s start off with the smallest known tetra. Naturally found in the Amazon River basin, the green dwarf tetra is one of the beautiful and uncommon darter tetras or South American darters.

Unlike most tetras which mainly live in mid to top-water layers, these delicate darters are bottom dwellers and hop around the bottom of the tank.

These little fish only grow to be 0.6 inches (1.5 cm) long with a very slender bodies. Because of their petite size and bright color, they look better kept in a school and show them against a lush green backdrop of aquatic plants.

The ember tetra (Hyphessobrycon amandae) is another small fish that can be kept in a community aquarium with other small fish, such as rasboras, barbs, anabantoids, etc.

As its name suggests, ember tetras have a striking orangish profile, which is more prominent on the male than the female. Their dorsal fins are tall, thin, and colored with their primary tone that fades to a slightly darker shade at the back.

Originating in South America, this species is found in the Araguaia River basin of Brazil. As with most South American tetras, they are easy to care for and relatively inexpensive.

Smaller than its cousin the popular neon tetra, this pretty little tetra rarely is larger than an inch, making it an especially good choice for nano tanks.

Speaking of the difference between the two, green neons have a brighter and much more vibrant blueish-green area on their upper bodies. Beyond that, their bodies are slimmer than neon tetras.

They enjoy extremely soft, acidic water with lots of dense foliage and a sandy substrate. A small, heavily planted tank would look stunning with small schools of green neon tetras swimming around.

Only recently sold in the trade, the jellybean tetra is a fairly tight schooling fish that should be kept in groups of eight or more to bring out the best of its interesting behavior and vibrant colors.

These small fish are native to West Africa, where they are found in shallow, warm waters in the upper Gbangbaia river basin. This tetra fish has a shiny golden-yellow body with a blue-tinged abdomen.

Due to their snack size, these fish are commonly added to a species-only tank or a planted tank where it is not necessarily the fish; small shrimp, snails, or other invertebrates are recommended.

The ruby tetra is another species of small community fish we absolutely love. This lesser-known nano fish hails from the upper Meta river basin in Colombia.

It’s named for its deep red coloration, which can present as a solid red in nature. But when kept in captivity, the ruby tetra tends to take on lessened hues of red.

Like some other nano fish above, this is the species that is best kept in small groups of five or more individuals in a well-planted tank. You’ll have a stunning display in no time.

Another fairly popular species of tetra in the aquarium trade, the cardinal tetra, is well known for its striking and colorful appearance.

They are often mistaken for neon tetras due to their similar appearance. Both species have a shimmering blue stripe that runs the entire length of the body, which gives it an almost glow-like appearance.

What makes them stand out is the red stripe that covers the lower half of their bodies, from snout to tail. While it only extends past the belly on neon tetras.

This fish is undemanding and pretty easy to take care of. Similarly, as a shoaling species, the cardinal tetra like to be in a small school of having at least six fish or more.

The Loreto tetra is another member of the Characidae family. This small fish originates from the upper Amazon River basin. Although it’s not often seen in the local fish store, individuals can be found online from time to time.

They are quite attractive small tetras. The natural color pattern is the fascinating part of their appearance, with a thick black band in the lower half of their body and red tails.

Similar to other small tetras, they should be kept in small groups of five or more individuals to feel safe and should not be housed with much larger tankmates as they can easily become a snack.

Named for its distinctive metallic blue green body and red underbelly, the green fire tetra, also known as redflank bloodfin, is one of the sought-after small fish in the hobby. What really makes them special is that their coloration will change as they mature, especially when ready to spawn.

This small but amazing tetra comes from various habitats shaded by floating vegetation in South American countries, including Brazil, Paraguay, Argentina, and Uruguay.

Caring for these living jewels is pretty easy as long as you provide them with the right environment. Plenty of shady areas created by live plants and bogwood will be much appreciated.

While many tetras are silvery in color, the silver tip tetra only has its small silver tip, hence the name. The body is covered in gold with a distinct black mark on the base of the tail.

In the wild, these fish can be found both in white and black waters in Brazil. As they thrive in densely planted areas, it is best to provide them with a heavily planted tank with dimmed lighting.

Also, they’re a peaceful community fish that prefer to be in groups of six or more as they swim to and fro. Snails, shrimps, similar-sized tetras, and small corys make ideal tank mates for them.

After the neon tetra, the flame tetra (Hyphessobrycon flammeus), or Von Rio tetra, is the next most readily available of small tetra, given their eye-catching coloration and easy care.

Another reason we like these entrancing beauties is their ability to tolerate a wide range of water conditions, making them great fish for beginners. But they do feel most comfortable with slower-moving currents, so it’s best to avoid powerheads and filters that create a lot of flow.

In addition, these fish are omnivores that will eat almost anything. They are unfussy when it comes to plants and decor.

Whether you are just starting out with your first small planted 10-gallon tank or you’re a seasoned fishkeeper, small tetras are a great choice to bring color and life into your aquarium.

We can’t decide which ones we like most, but these small wonders will certainly liven up any tank.

Of course, there are so many awesome small tetras that we couldn’t cover them all; if you have a small tetra that you think we should add to the list, please leave us a comment! 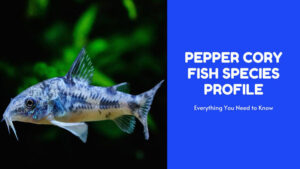