One of the most common diseases among freshwater fish is ich, or ick, also called white spot disease. Bettas are highly susceptible to this uncomfortable disease, and death can occur if it is not treated in time. Before treating betta your fish ich, rule out any other possibilities to avoid any adverse effects.

Ichthyophthiriasis is a protozoan disease that causes white spots to appear on your fish. Although it’s common in freshwater fish, it tends to be most common for aquarium fish. It’s believed that the close contact and occasional stress that can occur in aquariums can cause ich.

White spots that appear on your Betta’s body is the most common and obvious symptom of ich. Although the white spots tend to develop on the body, there are instances when they also appear on the fins.

Sometimes, if the ich spots are small, they might resemble white dust, but you will still need to treat them. However, if the “dust” appears to be yellow or gold in color, then it’s most likely Velvet, which is a parasite that can end up killing your Betta if left untreated.

Lethargy and loss of appetite will accompany ich. While they are not exclusive to ich, these symptoms are a definite indicator that your fish is suffering from some kind of illness or disease.

Another sign of ich is seeing your betta rubbing on things in the tank. Once it realizes it has a parasite, it will try to rub it off its skin. Excessive rubbing can cause wounds and sores. If you begin to see signs of wounds and sores, watch carefully for rubbing and look for the tell-tale signs of white spots.

If you do not see the white spots, but your Betta is still rubbing against things in the tank, it could be a sign of gill flukes or anchor worms.

Although Bettas are loners, if you begin to notice that your Betta is acting much more reclusive, you should investigate. If you find your Betta actively avoiding other fish or hiding for long periods of time, it could be because your Betta is feeling threatened due to a weakened immune system.

Another common sign of illness in fish is the clamping of fins, which is caused by extreme stress. Also, because ich affects your Betta’s gills, it can cause distressed breathing if it isn’t caught and treated in time, which could result in respiratory failure and prove fatal.

Ich is caused by a ciliated protozoan Ichthyophthirius multifiliis, which is a parasite. It affects several different varieties of freshwater fish. However, it’s the most common disease you will find in fish aquariums.

All new fish that you buy will need to be quarantined before putting them in the community tank because ich may be present in the water, and it’s highly contagious. It’s possible to bring home a new fish that already has ich if they haven’t been taken care of very well.

How to Treat Ich in Betta Fish

Rapid detection and action are essential for keeping your betta healthy. Otherwise, ich can be fatal if it is not treated properly. Most fish enthusiasts who have owned fish for a long time have had encounters with ich and have subsequently treated their fish at some time or another.

Treating ich is relatively easy; just follow the steps below.

As mentioned previously, the ich protozoan has a life span of seven days, but it will reproduce rapidly unless it is treated and cared for properly. Ich has three distinct life stages in tropical freshwater aquariums. In order to effectively treat ich, you will need to understand those life stages.

During this phase, the adult parasite will release from your Betta and fall into the tank, attaching to another object or the substrate. They will begin to divide by binary fission up to ten times very rapidly during this stage. This is the reproductive stage for the parasite.

Although the ich parasites can not be seen with the naked eye, they are a free-swimming parasite during this phase and become vulnerable to any treatment you administer.

At this point, they only have 48 hours in order to attach themselves to a host, or they will die. This is the phase in which you need to be medicating your fish and treating your tank. This is essential for the elimination of the ich parasites and recovery for your fish.

How to Prevent Betta Fish Ich

Although ich is a common disease and easy to treat, if your Betta catches ich, you will need to treat the entire tank. Preventing ich is much easier than treating ich. Here are some steps that will help you prevent your fish from contracting ich in your aquarium.

While ich might be one of the most common diseases for aquarium fish, with preventative maintenance, your fish can remain safe from catching it. By following the guidelines we have laid out for you in this article, and rapidly treating any fish that become infected, you will reduce any damage that this potentially deadly disease can cause.

Can ich be cured?

Yes, as long as you quarantine the infected fish and begin the proper treatment immediately, ich is quite curable.

How contagious is ich?

Ich is very contagious and will spread rapidly among fish inhabiting the same tank. Ich happens to be a living organism that resembles a white dot the size of a grain of salt. Usually, it will begin on the tails and fins of your fish, then spread to other parts of the body.

The white dot will appear flat on the body at first, but will eventually become raised in the late stages. It is similar to a skin infection, which can be dangerous for a fish.

You need to treat ich immediately, or it will quickly infect your other fish, and if left untreated, they will die quickly.

Ich is very easy to treat, and as long as you catch it immediately and begin treating it, your Betta has a strong chance of surviving it. However, if you do not spot ich right away and it’s allowed to begin multiplying, it will build up quickly, and eventually, your Bettas will begin to die.

It is very rare for a human to catch a disease from a fish. Humans can not catch ich. The only thing a human could possibly catch from a fish would be a bacterial infection, but that is incredibly rare.

Because fish enthusiasts have become more dependent on medications, ich and other such diseases have adapted and become stronger over the past decades. This explains why most instances of ich can’t be cured unless you use medication.

Ich can also attach itself to live aquarium plants. By remembering to quarantine any new living plants you bring home as well as new tank mates, you can prevent the potential spread of ich among your community tank.

There is good news, though. If your Bettas does end up catching ich, they will develop a slight immunity, or tolerance, to ich once you have cured them of it the first time they catch it. It’s highly unlikely that your Betta fish will contract ich at any time in the future after having had it once.

Prevention is the key. Preventing your Bettas from catching diseases like ich is much easier and less stressful than treating your diseased fish. Make sure that you care for your Betta fish properly as well as maintaining the water quality and tank conditions to reduce possible environmental stressors.

A healthy diet of high-quality flake foods and pellets, freeze-dried foods, and live foods will go a long way in keeping your tank cleaner and your Bettas and other fish healthy and safe from most diseases, including ich. 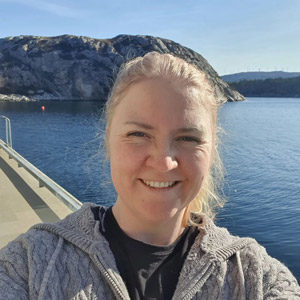